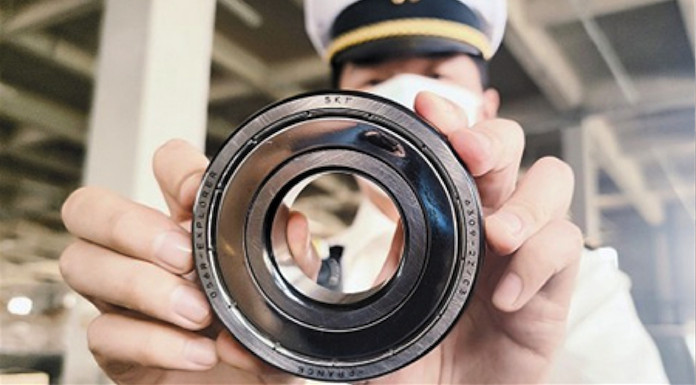 (01 August 2021) Shekou* Customs said it had seized a large batch of counterfeit bearings. 726 bearings are suspected of infringement of NSK brand trademark rights in cross-border e-commerce and export. The case is being processed by the customs clearance department.

During an on-site inspection of consignments such as e-commerce shipments and gift boxes declared by the Dongguan businesses, customs officials found packages containing dense and heavy metal products. A detailed inspection showed that these boxes contained in total 726 bearings, which were not declared. There were two types of bearings: small goods, packed in a blue box with the NSK printed on it, and large, packed in a film with the brand NSK. An inquiry to the trademark owner confirmed that the product did indeed infringe intellectual property.

*Shekou is a district of the Chinese city of Shenzhen, located near Hong Kong. It is home to a container port, which is part of the Maritime Silk Road project that runs from China through the Suez Canal to Europe.

St. Petersburg is the largest transport gateway in Russia, combining sea, land and aviation ports and transportation channels. Various counterfeit products, including bearings, have been entering the country through these gates for many years. In December 2020, employees of the Kotlinski customs post revealed undeclared parts from Estonia worth more than 30,000 Euro, declared as “bearing parts”. According to the documents, there were 60,795 units of goods in the shipment. However, in addition to the declared bearings, more than 170 thousand pieces of undeclared units were discovered.

According to the Chinese media, customs officials in the Dalian port area have launched an investigation into an intellectual property infringement case. A batch of bearings with illegal trademarks were discovered during the operation.

When customs officials were reportedly inspecting goods for export with the stated name “Wafangdian Bearings”, the batch of bearings was found to be packed in blue cardboard boxes with the words “SKF” and “HCH” clearly printed on the outer side. 236 bearing kits marked with the trademarks were suspected of copyright infringement. The customs clearance of goods was suspended and evidence was collected on site. After confirmation by the owners of the trademark that the goods did not receive licensing rights, the batch of bearings were detained. To date, Dalian Customs has opened an investigation in accordance with the copyright holder’s statement. Dalian is one of the largest transport hubs in China and the main shipping port for bearings produced in Wafangdian, a region with traditionally more than 300 bearing factories.