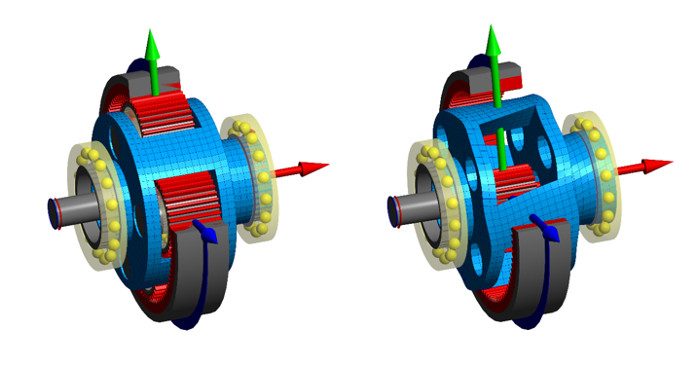 In calculations for shaft systems like gearboxes the shaft are often considered as one-dimensional elements for the calculation of shaft strength, bearing life and safety factors for gears. This has the advantage of short calculation time and easy consideration of boundary conditions. An additional housing stiffness can easily be added by using a stiffness matrix which couples the stiffness at different support positions. 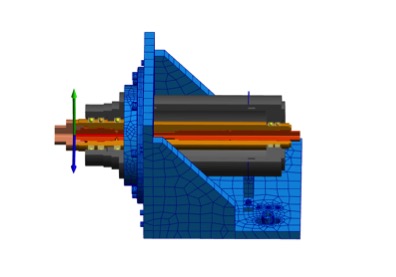 The MESYS shaft system calculation software allows the import of 3D-housings as STEP-files since 2016. The software meshes the parts automatically and generates the reduced stiffness matrices which had to be calculated by separate FEA calculations and then to be imported before.

For example a L-shaped spindle test stand without the right support and without considering housing stiffness shows a first natural frequency (an axial mode) of almost 22’000 1/min. Considering the elastic housing the first natural frequency is a bending mode of about 15’200 1/min, which would lead to problem for a planned operating speed of 15’000 1/min. Including the additional right support the natural frequencies of the bending modes rise to 25’000 1/min, die first axial frequency falls to 19’600. The imported CAD-model was the existing CAD-model for manufacturing. This is not optimal because of many holes and the bolts, but it still can be used. In case the holes and bolts are deleted in the CAD-model memory usage and initial calculation time for the calculation can be reduced. 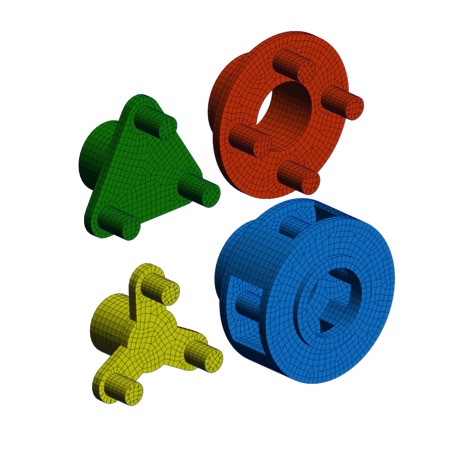 check out the animation (video) 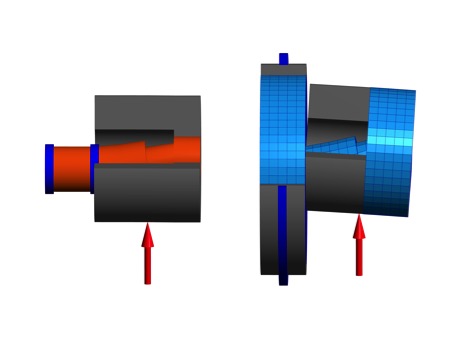 The integration of 3D-elastic parts into the shaft system calculation allows to consider additional stiffnesses without the need of external FEA programs. A time-consuming and error-prone transfer of stiffness matrices is therefore not needed any more.

A full calculation in a FEA program would allow more possibilities for defining boundary conditions and would allow nonlinear calculation including contact. The shaft system calculation based on one dimensional shafts has the main advantage of short calculation time in range of seconds, which allows the use of extensive load spectra and parameter variations. With the integration of 3D-elastic parts these advantages are preserved.

Or visit us at the Hannover industry fair: