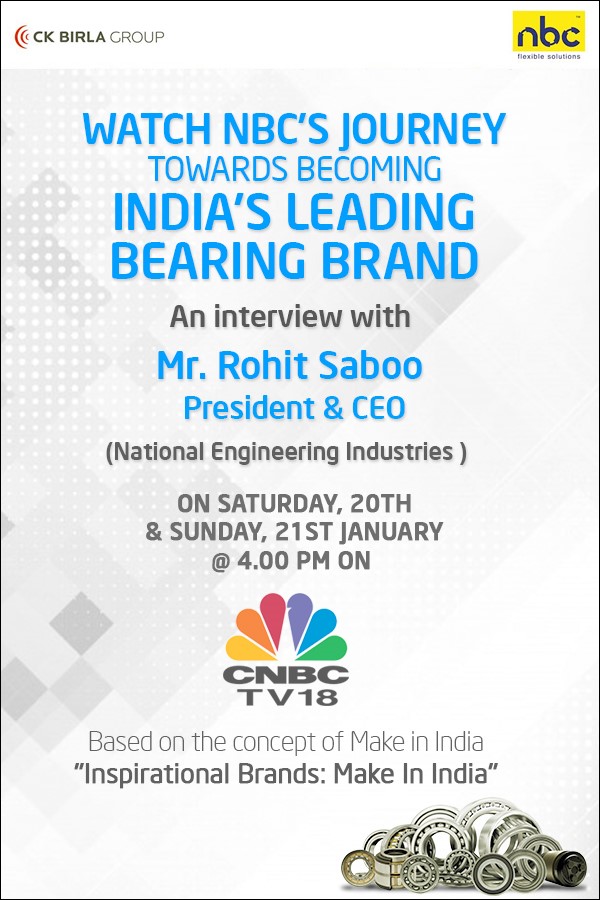 NBC Bearings would be featuring on an exclusive episodic series on CNBC TV18 on the Concept of Make in India highlighting India’s top brands, named “Inspirational Brands: Make In Indiaon 13th & 14th January, 4.00 PM on CNBC-TV18. The promo is out, please watch. (attached )

The show is a half hour journey of the brand where the focus is to tell and educate the masses about the brand, Products and the future of the company. The show is an amalgamation of Interview with the leader ( Our President & CEO) of the brand along with the storyboard about the journey of the brand. The whole show is a series and which has been running on CNBC from last 3 Years and has covered multiple brands from different sectors. The half an hour episode will be dedicated to how our organisation’s journey has been at the centre of the ‘Make in India’ concept even before the concept became a popular jargon. This episode will showcase the incredible brand journey of our company, taking the audience on a ride of our brand’s contribution in generating employment, setting up state-of-the-art facilities, that are both future-ready and environment-friendly.

ABOUT INSPIRATIONAL BRANDS – ‘MAKE IN INDIA’

“Make in India” has been the government’s flagship campaign to transform India into a global hub for manufacturing. The response to ‘Make in India’ has been quite spectacular with domestic and foreign players queuing up to avail this opportunity. The stage is set for India to transform its manufacturing sector and claim global leadership. Yet the vision is laudable but not easy to achieve. Make in India was announced by Honourable PM Shri Narendra Modi on September 2014. In less than a week, it became a buzzword. Everyone was talking about it. ‘Make in India’ is a great concept for India Inc. It proposes to encourage brands to manufacture in India. The carrot being big subsidies for manufacturing and an open-door FDI policy. The concept is brilliant, to say the least. It has definitely put India Inc into the spotlight. In only a matter of months, we have witnessed big MoUs being signed. Taking PM Modi’s concept forward. Its indigenous manufacturing facilities, retail strength and focus in bringing newer products to the Indian market, are perfect fodder for what makes the crux of this concept. 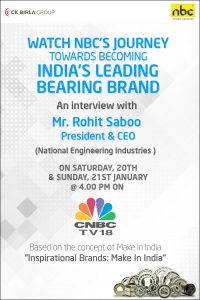