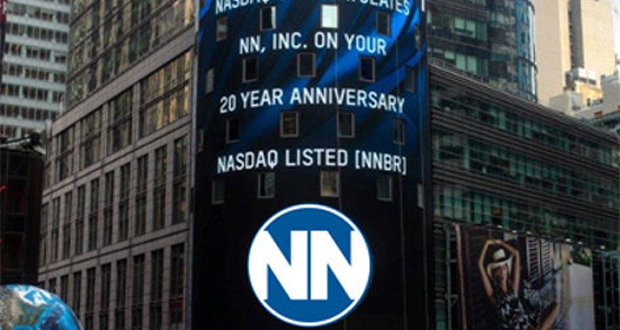 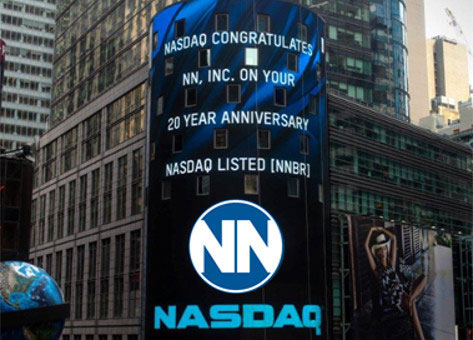 Leading our global rollers division will be Rob Heinrich. Prior to this appointment Mr. Heinrich served as general manager of NN’s roller and stamped parts operation in the Netherlands. Dario Galetti has been appointed to lead our global ball division. Previously, he led the Company’s European ball division.

Jeff Manzagol, Senior Vice President and General Manager of the Metal Bearing Components Group, stated, “Rob and Dario have contributed greatly to NN over the past years; their expertise and proven leadership will be invaluable as we continue to expand our portfolio within these newly formed divisions.”

Supporting the newly organized divisions is Trevor Lynch who has been appointed Metal Bearing Components Group Controller and Jeff Hodge who has been named Vice President of Business Development.

Mr. Manzagol concluded, “These appointments highlight our continued focus on strategically organizing our businesses to deliver world class precision, quality and service to our customers and end markets.”

Except for specific historical information, many of the matters discussed in this press release may express or imply projections of revenues or expenditures, statements of plans and objectives or future operations or statements of future economic performance. These, and similar statements, are forward-looking statements concerning matters that involve risks, uncertainties and other factors which may cause the actual performance of NN, Inc. and its subsidiaries to differ materially from those expressed or implied by this discussion. All forward- looking information is provided by the Company pursuant to the safe harbor established under the Private Securities Litigation Reform Act of 1995 and should be evaluated in the context of these factors. Forward-looking statements generally can be identified by the use of forward-looking terminology such as “assumptions”, “target”, “guidance”, “outlook”, “plans”, “projection”, “may”, “will”, “would”, “expect”, “intend”, “estimate”, “anticipate”, “believe”, “potential” or “continue” (or the negative or other derivatives of each of these terms) or similar terminology. Factors which could materially affect actual results include, but are not limited to: general economic conditions and economic conditions in the industrial sector, inventory levels, regulatory compliance costs and the Company’s ability to manage these costs, start-up costs for new operations, debt reduction, competitive influences, risks that current customers will commence or increase captive production, risks of capacity underutilization, quality issues, availability and price of raw materials, currency and other risks associated with international trade, the Company’s dependence on certain major customers, and the successful implementation of the global growth plan including development of new products. Similarly, statements made herein and elsewhere regarding pending or completed acquisitions are also forward-looking statements, including statements relating to the anticipated closing date of an acquisition, the Company’s ability to obtain required regulatory approvals or satisfy closing conditions, the costs of an acquisition and the Company’s source(s) of financing, the future performance and prospects of an acquired business, the expected benefits of an acquisition on the Company’s future business and operations and the ability of the Company to successfully integrate recently acquired businesses.

For additional information concerning such risk factors and cautionary statements, please see the section titled “Risk Factors” in the Company’s periodic reports filed with the Securities and Exchange Commission, including, but not limited to, the Company’s Annual Report on Form 10-K for the fiscal year ended December 31, 2013. Except as required by law, we undertake no obligation to update or revise any forward-looking statements we make in our press releases, whether as a result of new information, future events or otherwise. NN, Inc. had sales of $373 million in 2013.

Atlas Copco has agreed to acquire a leading provider of vacuum...