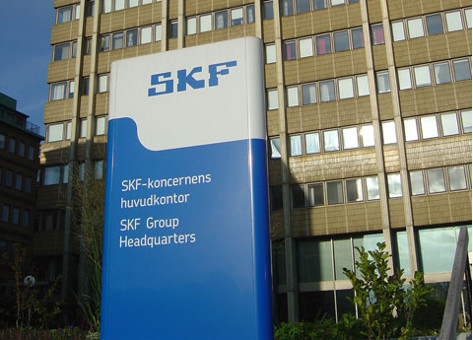 Tom Johnstone, President and CEO: “Our cash flow was good in the quarter. We continued to improve our operating margin sequentially despite the negative mix and a stronger than expected currency headwind. This shows that the actions which we are taking to improve our product portfolio, invest in our business and reduce costs are giving results. 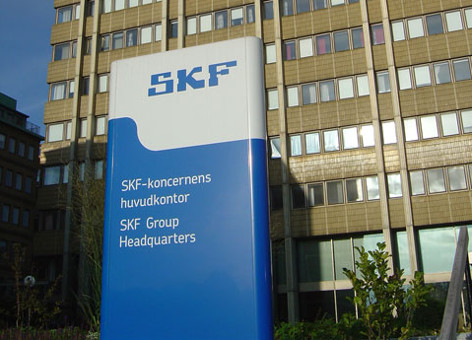 SKF sales in the quarter developed well within our automotive business but were somewhat lower than expected in our industrial business. Within industrial we see a positive development in our aerospace, renewable energy and railway businesses. However, we see some lack of traction in a number of other industrial markets – not getting worse but not getting better yet either. The automotive business benefitted from an improved demand and better mix of sales particularly within trucks and the vehicle service market and this, combined with the steps we are taking, positively helped their margin.

During the quarter we took another important step to strengthen SKF through announcing the agreement to acquire Kaydon Corporation. Kaydon is an excellent fit for SKF in so many ways and will enable us to better serve our customers and distributors. The tender offer for the shares closes today and hopefully we can quickly complete the acquisition.
Looking forward into the fourth quarter we expect to keep our sales and manufacturing on the same level overall.” 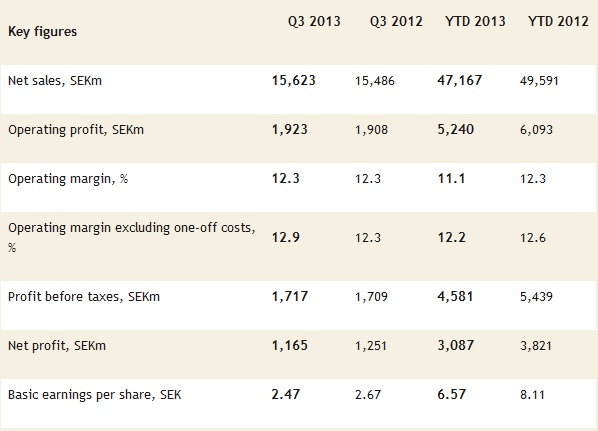 Sales in the third quarter in local currencies and excluding structure increased by 1% in Europe, by 9% in Latin America, by 5% in Asia and by 8% in Middle East and Africa. In North America they decreased by 2%.

Manufacturing in the third quarter was slightly higher compared to last year.

Sales in the first nine months in local currencies and excluding structure decreased by 4% in Europe and North America, by 3% in Asia and are relatively unchanged in Middle East and Africa. In Latin America they increased by 10%.

Manufacturing in the first nine months was relatively unchanged compared to last year.

Outlook for the fourth quarter of 2013

Demand compared to the third quarter 2013
The demand for SKF’s products and services is expected to be relatively unchanged for the Group, Europe, North America and Latin America as well as for all the business areas. It is expected to be slightly higher for Asia.

Manufacturing
Manufacturing is expected to be higher year over year and relatively unchanged compared to the third quarter.