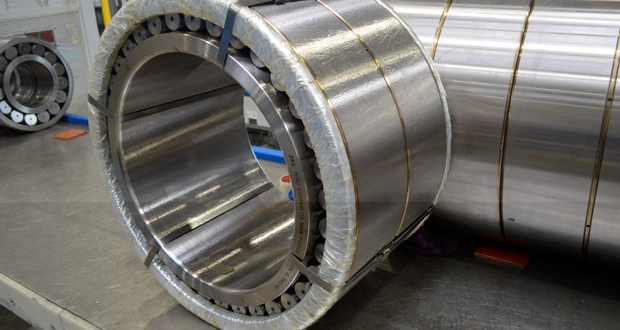 ZKL Group has been producing roller bearings for several decades. The objective of the currently planned innovation at the ZKL Klášterec nad Ohří plant is to expand the production of roller bearings of the NEW FORCE design and special, cage-free roller bearings. Apart from that, ZKL will also start manufacturing railway bearings here. These bearings of a new generation provide its users with improved durability, increased operation safety and longer service intervals, thus significantly reducing operation expenses and improving reliability of the bearings.

In order to achieve as efficient production as possible, the original machine structure needs to be replaced. That is why ZKL is introducing a new line production, which will reduce the share of manual labor related to the bearing manufacture by 66%. Three new employees will be necessary for operating the grinding line. The new ZKL production line includes machines for grinding sides, grinding surfaces, grinding orbits, grinding holes, grinding support faces and super-finishing orbits. 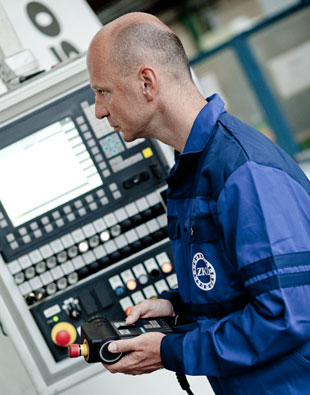 Thanks to the new production line and utilization of modern, progressive grinding methods, we are able to reduce the grinding time by up to three times. The innovation and the expansion of the assortment of the roller bearings will also result in automation of measuring procedures of important parameters of individual bearing parts and in securing the so-called “genealogical tree” of each bearing produced on these lines.

The above stated investment related to the given innovation and expansion of the assortment of roller bearings, amounting to more than hundred million Czech crowns, will be mostly paid from internal resources created within the frame of the ZKL GROUP. Other parts of the budget will be covered by the means of a loan obtained from Česká Spořitelna and by grants obtained from the Innovation and Properties projects. The total amount of the grants could reach up to 47 million Czech crowns.

The ZKL Group exports its roller bearings throughout the entire world. After introducing the new production line, the plant in Klášterec nad Ohří will be able to produce a total of 47 types of roller bearings. And this number is not final. ZKL reacts to the requirements and needs of the market and customers. That is why the company plans yet additional expansion of its assortment in the future. 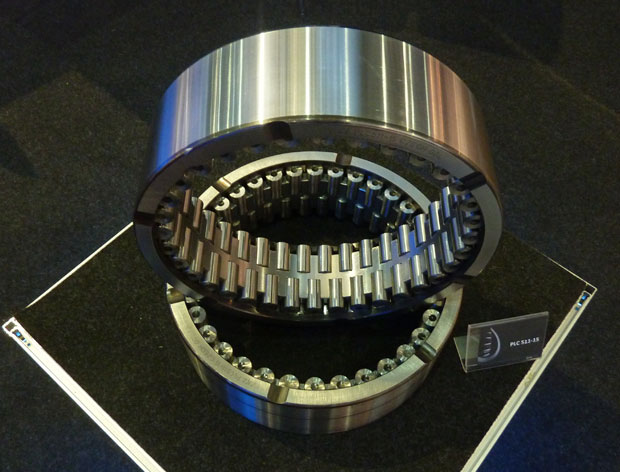 The ZKL plant in Klášterec nad Ohří will mainly specialize in the production of bearings of an “E” design, which are known for their increased capacity and a massive brass cage. Based on the needs of its customers, the “E” bearings will be also made with iron or plastic cages. Roller bearings made by ZKL are especially used for demanding transport devices. They must comply with the increased load capacity requirements and must be impact resistant. Thanks to their high-quality characteristics, the ZKL roller bearings can be also used for traction drives and drives generally. The core segment, to which ZKL will offer its assortment of axle bearings, is the railway industry.

Railway industry represents a perspective area, into which ZKL would like to expand. Roller bearings, designed not only for the railway industry, must be of a top quality and efficiency. That is why their production requires the most modern machines. ZKL uses new, MKP-based calculation programs, 3D construction software and modern metallurgical processes, due to which the structure of the bearings is distinctly optimized.

Apart from the actual innovation of this standard assortment of bearings, ZKL has been introducing various novelties to its customers. For example, the company has recently produced special, six-line roller bearings with 3 massive brass cages, installed along the inner ring. This NNU6088MB C3 NF bearing has an outer diameter of 650 mm and a total weight of 465 kg. Yet another type of roller bearings that is not available on a regular basis is NU0048M. This bearing is of a very slim design. With its outer dimension of 360 mm, it is only 37 mm wide and it weighs 14.5 kg. One of the bearings with a complete number of rollers is the NSF3016CV P5 NF type, manufactured in a higher accuracy class (P5). While the outer diameter of the bearing is 125 mm, it weighs only 1.5 kg. From among the bearings for railway applications, we can point out the new PLC 410-53/54.2 roller unit, which is formed by two single-line bearings with gaskets and permanent plastic lubricant filling. The bearing unit is designed for mounting axles of the RegioPanter electric units of Czech Railways.